On May 29, a man named Boris chewed the last pulpy bite of his overripe banana and dropped the peel on the sidewalk. Immediately afterward, he vanished in a puff of smoke. Jane was on the scene and happened to catch the aftermath with her phone camera. Her haunting image captures Boris’s favorite Giants cap, its inner brim still soiled with Boris’s facial grime, lying beside the scorched peel.

Some experts say that this confirms rumors that the peels have started developing sophisticated technology to broaden their powers. Their leaders have long craved the ability to attack rather than just lying in wait. Was Boris the first of many to come? 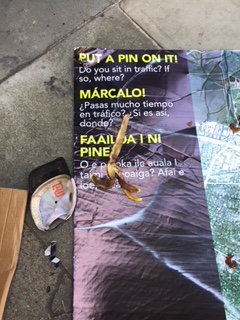 The victim vanished from the bus stop.